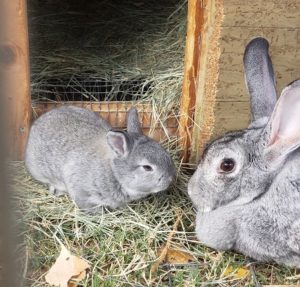 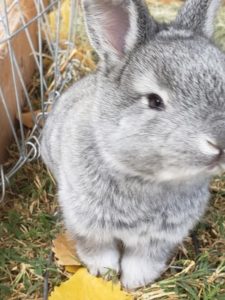 I was very concerned about what might happen to my llama Kali after he lost Scout. After all, the two llamas had been together their whole lives, or so I was told by my friend Su, who owned Scout and Kali before me. Their original owners got them as little llamas, which are called crias… END_OF_DOCUMENT_TOKEN_TO_BE_REPLACED

Over my years on the farm I’ve seen a lot of cross species mergers. There was my second Jersey cow Cissy, who was certain she wanted to be a dog and live on the porch. I will say that no one, especially the dogs, thought this was a good idea. My ancient old turkey Tom… END_OF_DOCUMENT_TOKEN_TO_BE_REPLACED

Today, the farm said an unexpected good-bye to Scout, the blind llama. This truly took me by surprise. Scout, who arrived with his buddy Kali in mid-July, had been doing really well, or so I thought. He had been steadily getting stronger and was putting on weight, which was a blessing. I’d seen him both… END_OF_DOCUMENT_TOKEN_TO_BE_REPLACED

The people at the retreat center across the creek from us are having way too much fun. I can’t speak to the extent of their dress, but we can hear their voices and often their drums. My neighbor Al wishes they’d come up with another rhythm once in a while, though. The other night a… END_OF_DOCUMENT_TOKEN_TO_BE_REPLACED

I apologize for the late post. For the past eight weeks I’ve been struggling with what the podiatrist (yes, I went to see a doctor; unbelievable, I know) diagnosed as a strained ligament. She also told me that I would take months to heal. In the meantime, it hurts to walk, even though I’m braced… END_OF_DOCUMENT_TOKEN_TO_BE_REPLACED

The turkey came home to roost for Radha today and she most definitely earned it. As you may recall, I’ve been battling for months to get my hard-headed, dominant and determined, 1.5 year old Anatolian Shepherd to show me she can become some sort of livestock guardian dog (otherwise referred to as an LGD). Over… END_OF_DOCUMENT_TOKEN_TO_BE_REPLACED

The title of this post was supposed to be “An Ode to Cukes.” I actually considered writing an ode, but after some research on the format, which I vaguely remembered from high school English class, I decided I would only embarrass myself if I tried. Instead, I’m inserting a picture of Radha here, because…well, because… END_OF_DOCUMENT_TOKEN_TO_BE_REPLACED

Yeah, not that kind of edgy. Edge-y. As in sharpening knifes because last Saturday I had no sharp knives. None. Nada. Nil. It was that day that my friend Mike brought fourteen Buff Orpington roosters by to turn into food. I can hear all of you who know what a Buff Orpington is groaning at… END_OF_DOCUMENT_TOKEN_TO_BE_REPLACED

It’s still 64 degrees outside as I write this and even though I know the temperatures will be back near 100 degrees later in the week. Although it is still, albeit just barely, August it feels like Fall today. I know that later this week we’ll be back to almost 100 degrees, right now the… END_OF_DOCUMENT_TOKEN_TO_BE_REPLACED