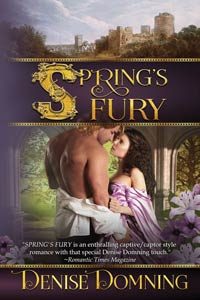 A DEADLY WOMAN, A POWERFUL MAN, THE HUNGRY SEASON

Nicola of Ashby stages a daring escape to avoid marrying the man who killed her father. To no avail. Even trained to the sword, she cannot elude marriage to this knight who is as much her match as her mate.

Until Gilliam FitzHenry besieged Ashby and claimed it as his own, he had no hope of home and family. Now, Nicola’s home and hand are his, but if he is to ever own her heart it will take every bit of his natural talent for taming wild creatures.