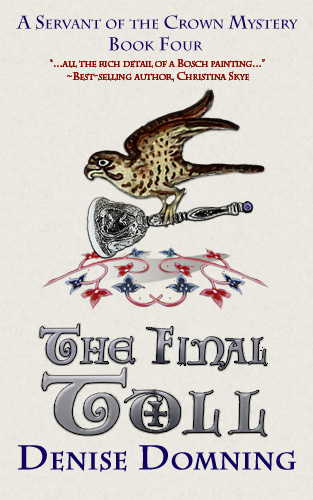 RING FOR THE ANGELS!

Sir Robert of Offord dies mysteriously just after accusing his new wife of adultery and his son-by-marriage wants the shire’s new Crowner to prove the knight was murdered. Instead, Sir Faucon de Ramis discovers that a bell owned by the dead man is missing. But who could have taken it— the daughter who loved it as a child, the knight who wants it as collateral, or the prior who wishes to restore it to its holy purpose of calling the angels? Follow Warwick-shire’s new Servant of the Crown as Sir Faucon embarks on his most unusual and convoluted hunt yet.